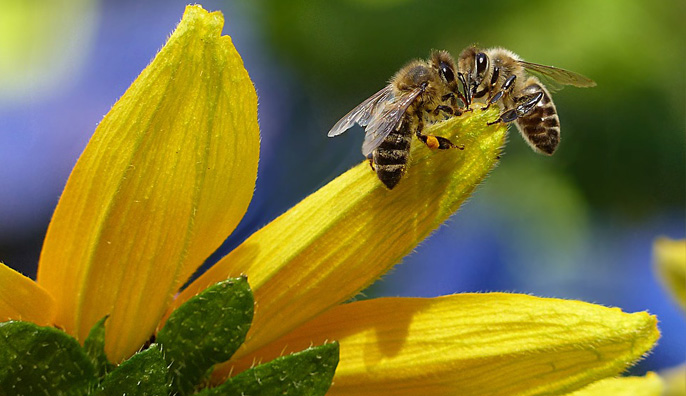 The affirmation of Divine Unity (Tawhid) is of two sorts. For example, if the goods of a rich man arrive in a market or a town, there are two ways in which it is known they are his. One is briefly and simply, as with ordinary people, which is: "No one apart from him is capable of owning this vast amount of goods." But when under the supervision of a common man such as that much of it may be stolen. Many others may claim ownership of parts of it. The second sort is this: through reading his writing on every packet, recognizing his signature on every roll, and seeing his seal on every bill, the man declares: "Everything belongs to that person." In this way, in meaning, everything shows the important man. In exactly the same way, the affirmation of Divine Unity is of two sorts: One is the superficial and common affirmation of Divine Unity which says: "Almighty Allah is One, He has no partner or like. This universe is His." The Second is the true affirmation of Divine Unity which, through seeing the stamp of His power, the seal of His Dominicality, and the inscriptions of His pen on everything, is to open a window directly onto His light from everything and to confirm and believe with almost the certainty of seeing it that everything emerges from the hand of His power and that in no way has He any partner or assistant in His Godhead or in His Dominicality or in His sovereignty, and thus to attain to a sort of perpetual awareness of the Divine presence. We too in this Word shall mention rays showing this pure and elevated true affirmation of Divine Unity. A Reminder within the First Point: O heedless worshipper of causes! Causes are a veil; for Divine dignity and grandeur require them to be thus. But that which acts and performs matters is the power of the Eternally Besought One; for Divine Unity and Glory require it to be thus, and necessitate their independence. The officials of the Pre-Eternal Monarch are not executives of the sovereignty of Dominicality, they are rather the heralds of His sovereignty and the observers and superintendents of His Dominicality. And those officials and means are to make known the dignity of power and majesty of Dominicality, so that power should not be seen to be associating in base and lowly matters. Not like a human king, tainted by impotence and want, who therefore takes officials as partners. That is to say, causes have been placed so that the dignity of power may be preserved in the superficial view of the mind. For like the two faces of a mirror, everything has a face that looks to this manifest world, which resembles the mirror's coloured face, and may be the means to various colours and states. And everything also has a face that looks to its Maker, which resembles the mirror's shining face. In the apparent face that looks to the manifest world, there may be states incompatible with the dignity and perfection of the Eternally Besought One's power, and causes have been put to be both the source and the means of those states. But in respect of reality and the face that looks to their Creator, everything is transparent and beautiful. It is fitting that power should itself be associated with it. It is not incompatible with its dignity; therefore, causes are purely apparent and in reality have no true effect. A further wisdom in apparent causes is this: causes have been put as the aim so that unjust complaints and baseless objections should not be directed at the Absolutely Just One. For the faults arise from them, from their incapacity and lack of ability. A comparison is narrated which is in the form of a subtle example illustrating this mystery: The Angel Azrail (Peace be upon him) said to Almighty Allah: "Your servants will complain about me while 1 am carrying out my duty of taking possession of the spirits of the dying; they will be resentful towards me." So Almighty Allah said to him with the tongue of wisdom: "I shall leave the veil of disasters and illnesses between you and my servants, so that the complaints will be directed at them and they will not be indignant at you." So see, illnesses are a veil; what are imagined to be the bad things at the appointed hour are attributed to them, and what is in reality the good things in the spirits of the dying being seized are attributed to the duty of Azrail (Upon whom be peace}. And so too Azrail is a veil; he is an observer of that duty and veil to Divine power, so that certain states in the taking of spirits which are apparently unkind and which are inappropriate to the perfection of mercy be attributed to him. Yes, dignity and grandeur demand that causes are a veil to the hand of power in the view of the mind, while Divine Unity and Glory demand that causes withdraw their hands from the true effect. Source: 22. Word, Words.

Were You Created Only for This World?

O my world-worshipping soul! Does…