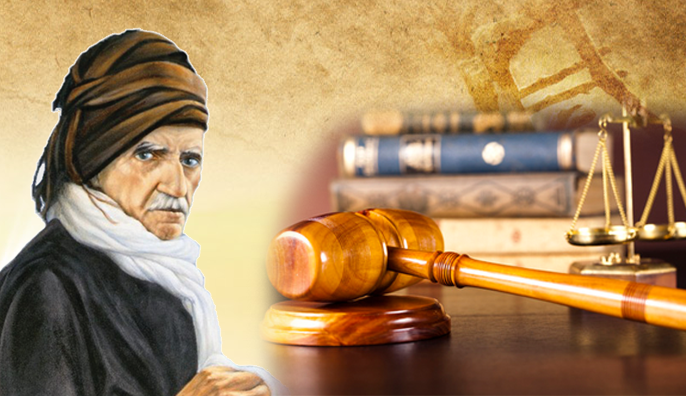 One of the most important conditions for the success of a man with a duty, particularly that of a reformer, is renunciation. The eyes and the heart are inclined to scrutinise and watch this important point closely. As for Ustad, his whole life is completely full of brilliant examples of renunciation. I once heard from the late Allama Shaikh’ul Islam Mustafa Sabri Efendi the following words regarding renunciation: “Islam today is in need of such warriors that are prepared to sacrifice not only their world, but the hereafter as well.” I was unable to entirely grasp these great words. I compared them with the mysterious words uttered by a Sufi aspirant in a state of ecstasy. I did not convey it to everyone and chose not to discuss it everywhere. Then, upon reading the same passionate words from Bediuzzaman’s fiery writings, I understood that the greater the person, the greater the measure of renunciation. Indeed would Allah the Most Munificent, who is the most Gracious and most Merciful, abandon those who strive in his path to practice such bitter renunciation for the sake of Islam? Would it be apt – may Allah forbid – to deprive them of His favour, munificence, and His grace and mercy? Bediuzzaman is the brightest example of such an exceptional character. He was completely deprived of all the lawful pleasures of the world, having remained unmarried all his life. He had neither the time nor the opportunity to fulfil his desire to set up a home and lead a happy family life. But Almighty Allah bestowed such blessing that: words of transient are beings are incapable of describing their magnificence. Today, is there a head of family who is – spiritually – as happy as Bediuzzaman? Which father has had millions of children? And what children they are! And which Ustad has been able to raise this many students? This sacred and spiritual bond – with divine permission – will remain as long as the world exists, and like a flood of nur will pour into eternity. Because just as this divine duty, is a crystallised being from the Qur’an’s ocean of light; it is born from the Qur’an and will continue its existence together with it.   Source: Ali Ulvi Kurucu, Preface of "Bediuzzaman Said Nursi: The Authorised Biography"

You should seek divine pleasure…