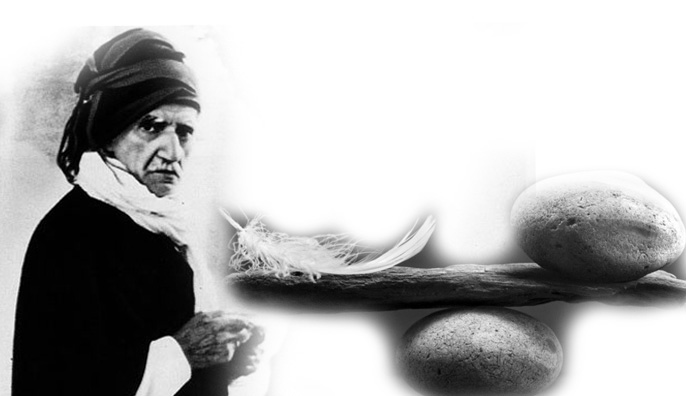 These two qualities, modesty and humility, have served a great benefit and had a profound effect in the spread of the Risale‑i Nur around the world in such an extraordinary way. Because Ustad did not dress himself up as a ‘Pole of the Gnostics’ (Qutb’ul Arifin) and a ‘Guide of those who have reached truth’ (Gawth’ul Wasilin) in his talks or his writings, hearts were very easily warmed; they loved him with the purest sincerity and immediately embraced his lofty aims. For instance, he would direct his talks and teachings about morality and virtue, wisdom and learning directly to his own nafs. The first and only person he would direct his fiery speech is to his very own nafs. From there, it would spread – from the core to outer circles – to all the hearts longing for nur and joy, peace and bliss. In his private life Ustad has a mild demeanour and is extremely modest. Let alone a single person, he would show the utmost care to not hurt a minute particle. He would endure untold difficulties and hardships, torments and deprivation, but only on the condition that his iman and Qur’an were not being attacked. Otherwise you would see that calm ocean become a deluge whose waves are raised to the sky, terrifying the shores with its awesomeness and fury. He is a faithful servant of the Qur’an and a valiant soldier patrolling the borders of iman. He expresses this truth in the following precise words: “A soldier on duty never lays down his rifle, even if it is the commander in chief who came. And so I am the servant and soldier of the Qur’an. No matter who confronts me while I am on duty, I will tell them the truth. I will never bow before them…” While on duty and out in the field of jihad, these lines express his disposition: Like a rearing horse, I will break its bloody bit; I will never sell my identity to the cunning enemy. For me, to be separated from my identity is captivity What torment it is to suffer such abasement! I yearn for the eternal union, My belief is a fortress, built by the hand of power. How happy my heart is at this sacred ambition, My martyred ancestors have long waited for me in heaven. My life is eternal so long as I have my spirit, Death is only a departure to Allah, a union sublime.   Source: Ali Ulvi Kurucu, Preface of “Bediuzzaman Said Nursi: The Authorised Biography”

There are five levels of life:…