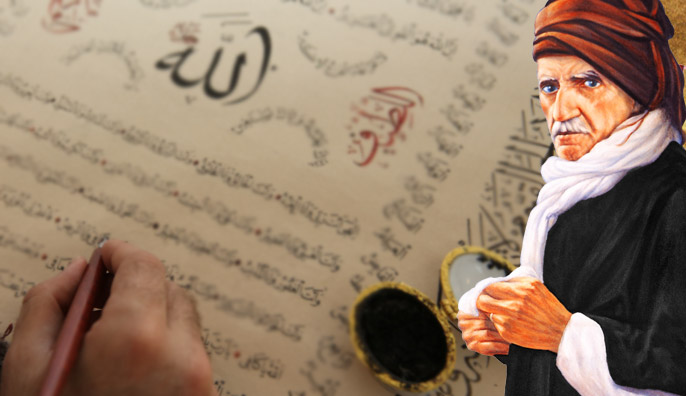 It is well known that all thinkers have their own systems of reflection, their particular objectives with their thoughts and their ideals, which they hold dear to their hearts. And usually there are lengthy forewords written to discuss their systems of reflection, their aim and ideals. However, Bediuzzaman’s system of reflection, his aims and ideals do not need a lengthy introduction. They can be summarised in one sentence: “To proclaim the divinity and unity of the Creator of the universe.” It was the sole mission of all divinely revealed scriptures and all prophets and to provide proofs of this great duty with scholarly, logical and philosophical arguments. — So does this mean that Ustad also deals with logic, philosophy and modern sciences? — Yes, if logic and philosophy are reconciled with the Qur’an and serve to uphold the truth, then Ustad can be considered the greatest logician and philosopher. The best arguments he employed in defence of his sacred cause were from the modern sciences, which every passing day proclaim more powerfully that the Qur’an is the revealed word of Allah. In any event, in so far as ‘philosophy’ has the meaning of ‘wisdom’, every work written to prove the attributes of the Exalted and Sacred Necessarily Existent One (wajib’ul wujud) is the greatest wisdom and their authors are the greatest sages. Thus, it is precisely because Ustad has followed such a scholarly path, and that he adhered to the luminous path of the Qur’an, that he was honoured with saving the faith of thousands of university students.   Source: Ali Ulvi Kurucu, Preface of “Bediuzzaman Said Nursi: The Authorised Biography”