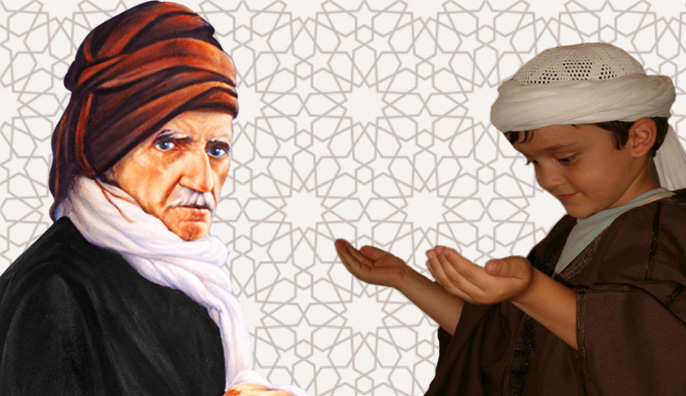 Ustad found the truth from the time of his childhood, Even during the days he used to retreat into caves to hear the cries of his heart and the prayers of his spirit, he had already become gnostic, who attained the pleasures in worship and obedience, tafakkur and contemplation of Allah. However the nightmares of unbelief and atheism were like the darkness of the night. Just as it was about to engulf the Muslim World including Turkey, he appeared like a lion springing from its lair, and roared like an erupting volcano. He sacrificed all the comforts of his life for this sacred duty. And it is due this wisdom that from that day on, every word he uttered became a piece of lava and every one of his ideas became molten rock. They scorched the hearts on which they fell, bursting emotions and ideas into flames. After a life of complete solitude and seclusion, the fact that our great Ustad returned back to delivering guidance and entered the life of society resembles exactly that important historical phase underwent by Imam Ghazali. This suggests that Almighty Allah lays the responsibility of illumination and guidance on the great guides after they have gone into seclusion, a period of purification and training. And it is due to this that their breaths, now purer and clearer than distilled water upon leaving their chests, have profound effects on the hearts they reflect on. As I stated above, Bediuzzaman achieved the conquests of Imam Ghazali in terms of morals and virtue nine hundred years ago in the valleys of belief and sincerity. Yes, what always drove Ustad to the fields of jihad was his unparalleled compassion and mercy. Let us hear this directly from him: “They ask me: Why do you antagonise these people? I am not aware that I am antagonising anyone. I have a terrifying fire in front of me. Its flames are rising to the sky… It is as though my own child is engulfed in those flames, my belief has caught fire and is ablaze. I am racing to put out that fire and to save my belief. And so who cares that somebody wished to hinder me on the way, and I tripped over his foot; what importance can it have? Can this minor incident have any significance before that terrifying blaze? Such narrow minds, such narrow views…”   Source: Ali Ulvi Kurucu, Preface of “Bediuzzaman Said Nursi: The Authorised Biography”